Rising to the Occasion: The LP to GP Dynamic

There has been a notable change in the relationship dynamic between GPs and LPs within private credit over the last 12 months. With LPs requiring ever-increasing amounts of portfolio information, Paolo Malaguti, Head of Credit-Vision, believes GPs now more than ever need to clearly articulate their unique selling points and leverage data to do so effectively.

For a relatively new asset class, private debt has led a charmed life for more than a decade. In the years since the 2008 global financial crisis, the sector has benefitted from banking sector retrenchment and unabashed investor admiration, by virtue of delivering a consistently strong cash yield in a sustained low interest rate environment.

But after a decade of robust growth, the pandemic of 2020 has presented the sector with its first real test. As fundraising has slowed and competition in the market has intensified, portfolio managers are finding themselves under greater pressure to perform and LPs are demanding greater information and accountability from their GPs.

This is the moment where GPs need to prove their mettle and show their value to LPs, according to Paolo Malaguti, Head of Credit-Vision, the softwareas-a-service platform for banks and investment funds. As Malaguti explains: “We are at a really interesting stage in the lifecycle of private credit as an asset class. Before Covid, managers didn’t need to differentiate themselves as much as they have to today. They knew there was money available from LPs to invest in the asset class and their strategies. But now, we are seeing a clear divergence between winners and losers, with LPs much less tolerant of average performance. That mindset imposes a new approach, and private credit managers are asking themselves some pretty hard questions – and the best managers do so before the LP starts asking them.”

This article was originally published in Sensus Magazine. Download the PDF of this full article by clicking the image below. 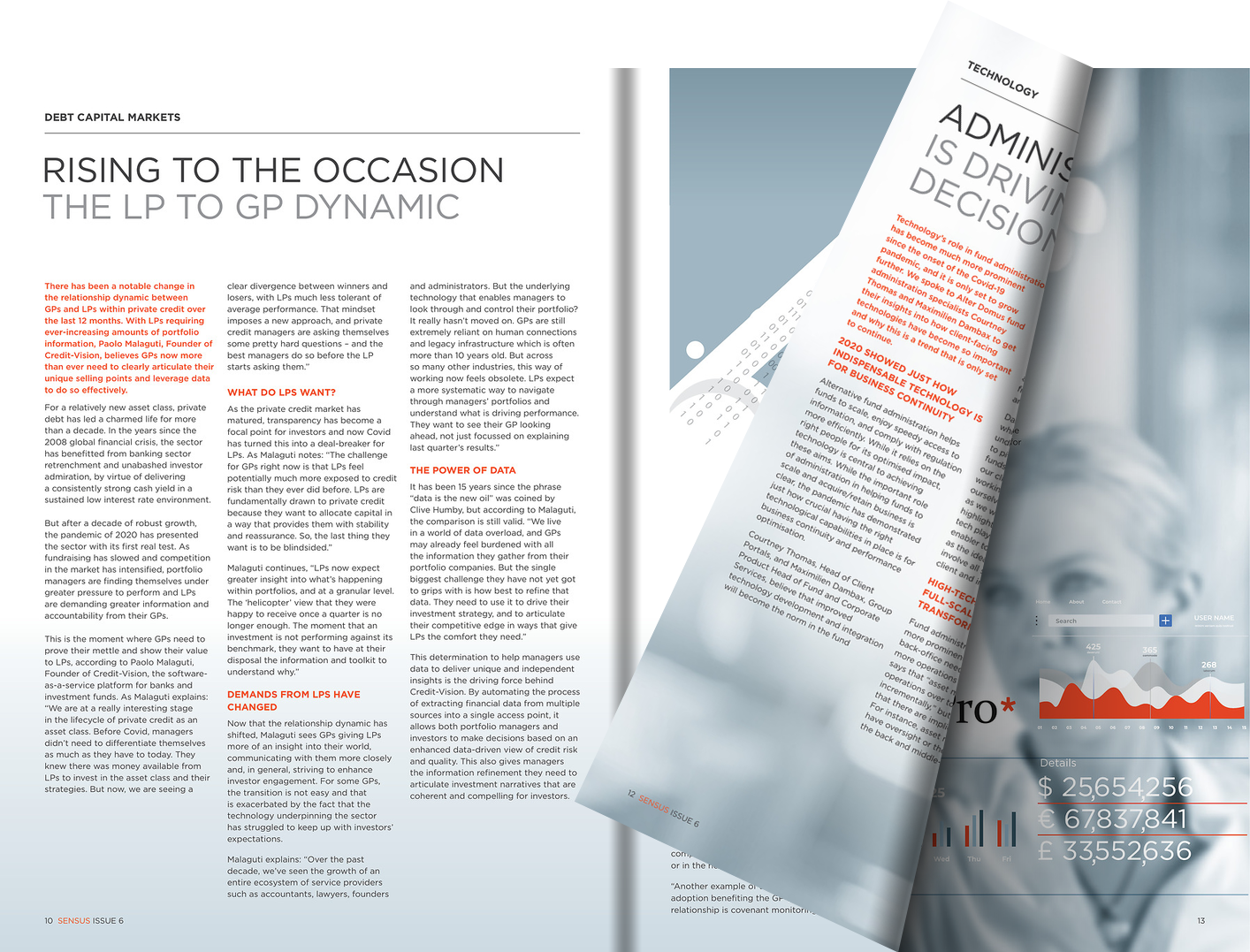