The Pros and Cons of Choosing a SPAC over an IPO

The exceptional environment for capital raising has led to a dramatic surge in the use of special purpose acquisition vehicles (SPACs). While SPACs offer several advantages for private companies ready to go to market, Dean Bell, Transaction Services Service Line Leader at KPMG US, points out some of the complexities to consider.

Arguably the best metaphor that signalled the meteoric rise of SPACs came in October 2019, when entrepreneur Richard Branson took his spaceflight company Virgin Galactic public through a $1.5 billion merger with Social Capital Hedosophia Holdings. Interest in SPACs – so-called “blank cheque companies” which exist solely to acquire other companies – has been stratospheric ever since.

According to data provider Refinitiv, SPACs have raised a staggering $79.4 billion globally since the beginning of the year, eclipsing the record-breaking $79.3 billion that flooded into SPACs in 2020. So far this year, 264 new SPACs have been launched, overtaking last year’s record of 256. Clearly, the explosive growth of SPACs shows no signs of abating, and their advantages have left the conventional IPO route looking flat-footed in comparison.

As Dean Bell explains: “SPACs have proven themselves to be an extremely effective way for private companies to tap into public equity markets. It’s more efficient from a cost and implementation perspective, and opting for the SPAC route to market can add up to 20% to a sale price or reflection of the public market premium (according to Ellenoff Grossman and Skoal LLP).

This article was originally published in Sensus Magazine. Download the PDF of this full article by clicking the image below. 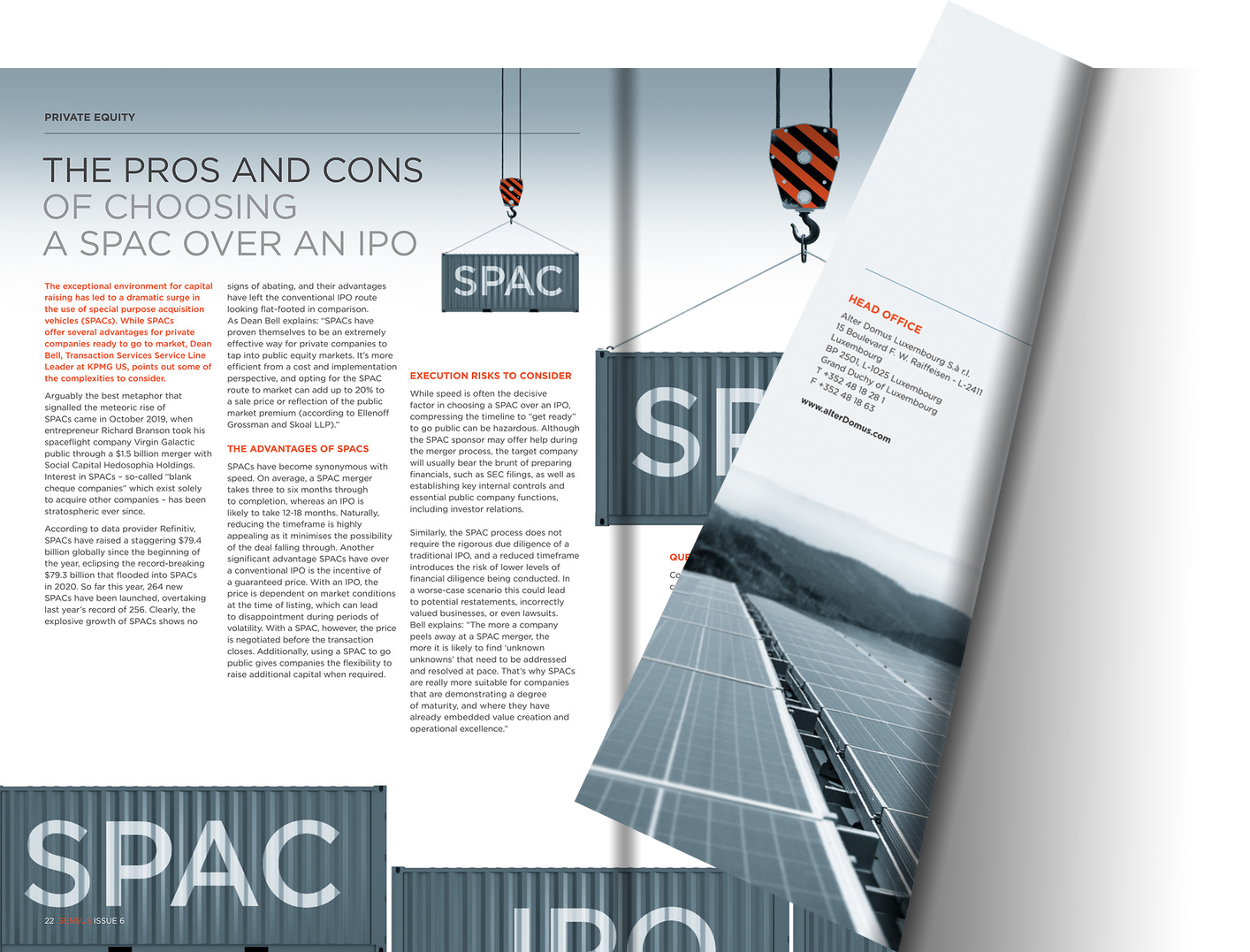