Virtual Reality: The Changing Nature of Board and Shareholder Meetings

Company directors have grown to recognise the benefits of virtual boardroom meetings, but they shouldn’t waste the opportunity to improve the way they think about meetings. Therese Wijnen, Alter Domus Country Executive in the Netherlands, discusses some of the challenges and opportunities that the new virtual landscape brings.

The role of company director can be challenging at the best of times, but the last 18 months have certainly tested directors’ mettle – and decision-making skills – in new and unexpected ways. But as well as making difficult decisions about the future direction of their companies, boards have also had to grapple with the technology needed to replace physical meetings with online-only alternatives. After some early reluctance, most have managed to react rather well to the changing needs and embrace the digital-first culture.

Regulators in different jurisdictions have also reacted swiftly, by offering businesses a temporary relaxation to physical attendance rules. In the Netherlands, the Dutch Parliament’s Justice and Security (Temporary Measures) Act allowed for broader use of digital means (videos or conference calls) in those procedures up until 1 August 2021, which could be further extended. Among other things, the rules stated that a Netherlands-based company could hold its annual general meeting via digital means, provided shareholders and board members were given advance notice, provided with agenda items and the digital access to the meeting, given the chance to ask questions and were allowed to vote digitally before or during the meeting. Other jurisdictions have introduced similar temporary meeting guidelines.

This article was originally published in Sensus Magazine. Access the full article by downloading a PDF of the magazine by clicking the image below. The article can be found on pages 14 - 17. 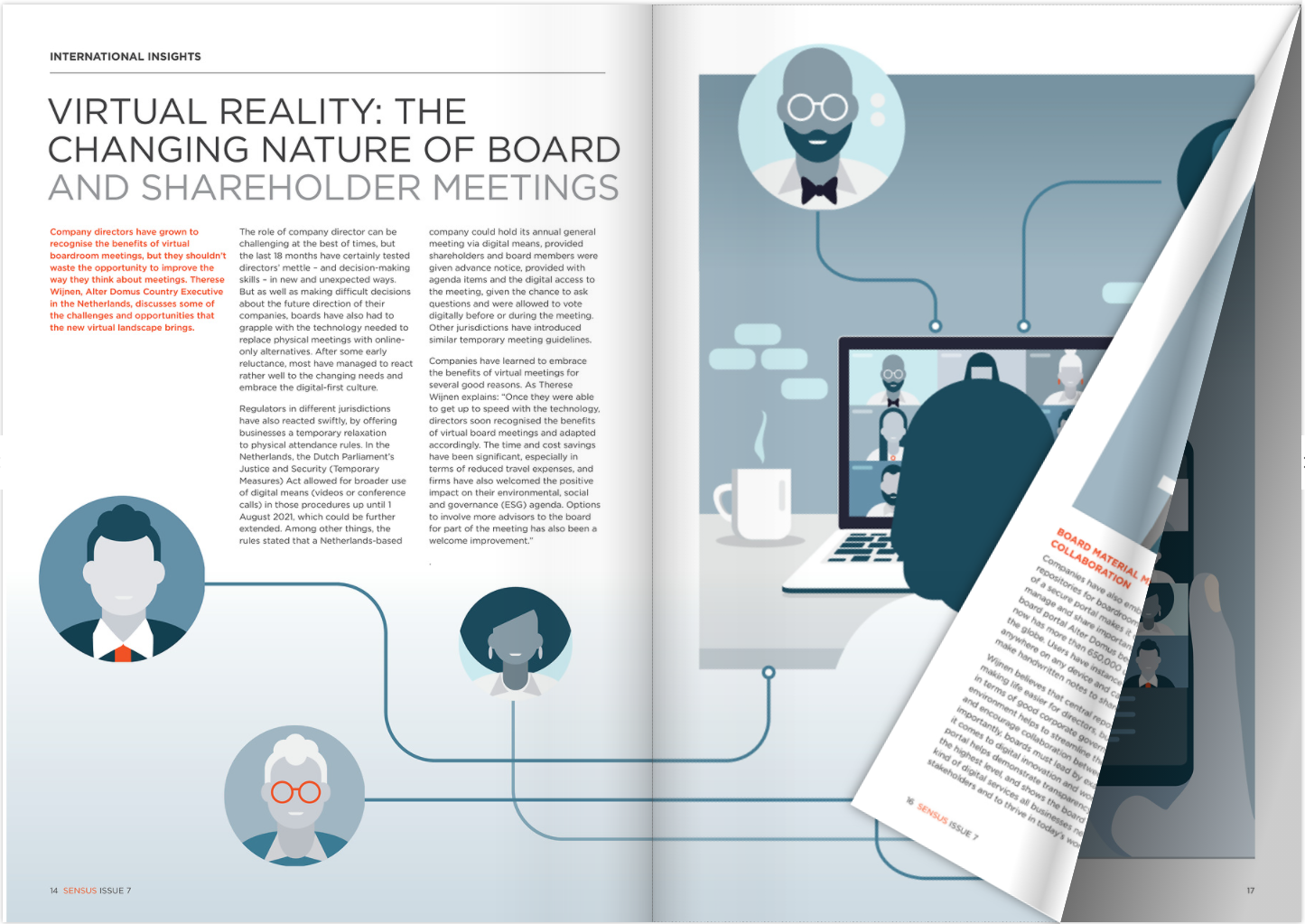